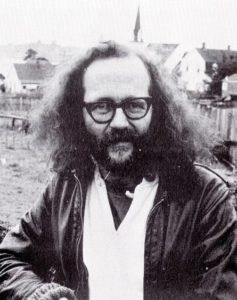 2 Camels (1996) was painted on Charles Marchant Stevenson’s return from a journey to Egypt. We eavesdrop on a pair of camels checking out chicks. Translation: First Camel, “Which one do you like?” Second Camel, “That one, definitely!” Acrylic on canvas (30” x 48”). Signed: Stevenson. Stevenson/Leach Studios. Original artist’s frame. SKU: CS199635* 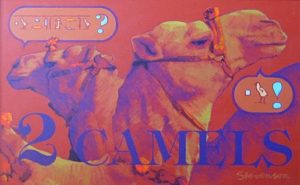 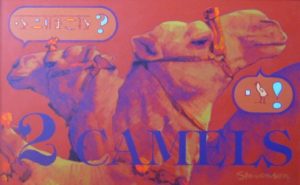 In 1972 Stevenson directed the memorable fantasy “Which Dreamed It?”, a musical based on Lewis Carroll’s “Alice in Wonderland” and “Alice Through the Looking Glass”. The libretto was written by George Sanchez and the music, by Carl Shrager, local treasures and longtime Stevenson theatre accomplices. Bottom to top: Carl Shrager, George Sanchez, Charles Marchant Stevenson (1972). Production meeting for Which Dreamed It?, an original musical based on Alice in Wonderland, performed at the Helen Schoeni Theatre at the Mendocino Art Center. Charles Marchant Stevenson was the producer. 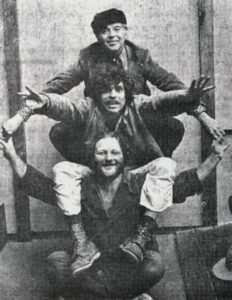 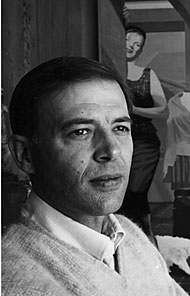 Charles Marchant Stevenson with his portrait of Lucia Zacha (1964). 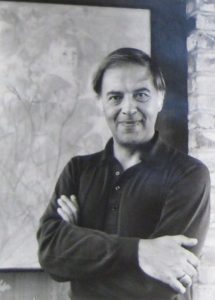 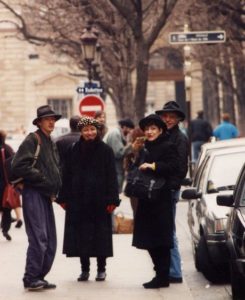 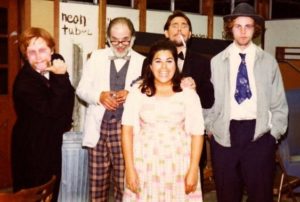